Why is mondCloud Rapid EDI Translator the easiest in the world? 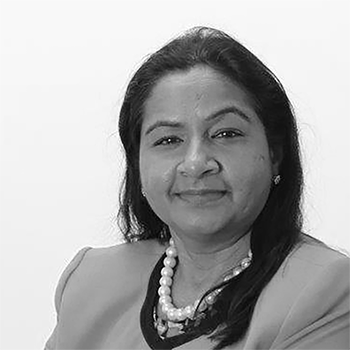 Businesses have to deal with a lot of paper and pdf documents to account for transactions between business partners. Are you tired of getting pdfs and other paper documents that have to be manually typed into your electronic system? This is where an EDI parser can help.

EDI parsers reduce errors and automate the task of converting a document from a business partner to your own format and of converting your documents to the format required by your business partner. EDI stands for Electronic Data Interchange. EDI is the computer to computer exchange of documents such as purchase orders, shipping notifications,invoices, payments and other documents in electronic format between trading partners. This eliminates paper mail, fax and email document exchange between businesses.

An EDI parser is a program that analyzes files and documents to identify its component parts. All EDI applications have a parser that identifies the elements, attributes and functions of each piece of the document and makes that information available to the rest of the programs. While reading an EDI document, the parser checks the syntax, identifies the information.

There are two components to each EDI data conversion, an EDI Parser and an EDI Translator.

Parsing an EDI/X12 document is either a trivial task or a difficult one depending on the tool you use. Many tools provide a graphical drag and drop environment, where you can drop each element of the source document into a target element. Along the way, you can also define functions for these transformations and as the number of elements increases, it gets more and more messier.

At mondCloud we have a new way to look at EDI parsing. Do you know the secret to what makes mondCloud EDI parser different from everything available in the market? Our secret sauce is the use of “KEYWORDS” and “BUSINESS TERMS”. It combines EDI mapping software and EDI translation software.

Here is how a typical parser works:

What are the steps in an EDI process?The mondCloud Solution: Plug and Play Integration

For example, in an EDI 850 document, we may want to fetch the value of the data element '324' within the BEG segment. To get the value of any data element, we need to know the segment identifier and the loop identifier. Instead of saying, get me element 324 of BEG segment (or dragging that element into a target element). In mondCloud we first assign a variable name to the element 324 of BEG segment.

In mondCloud, we call this variable name a 'Keyword'. A better variable name or keyword for this element would be PurchaseOrderNumber or PONumber or DocumentNumber. The business usage of this variable or keyword could vary from company to company or even within the 850, it may vary based on the document type. (ex: Contract Number or Cont. Number).

That's why in mondCloud, we assign a keyword and a business term to every EDI data element that has to be parsed or created. Once we assign a keyword, the corresponding value can be fetched or set based on a simple statement. Unlike other tools in the market, mondCloud programmers do not have to worry about the Loops.

With this approach, we have dramatically simplified EDI parsing and document creation. In addition, we have separated the business logic from the data format. The same code can be used to produce an EDI 3040, or EDI 4010 or EDI 5010 version with minimal changes. For that matter, instead of an EDI document, you could choose to create a SAP IDOC or xCBL or Ariba cXML document using the same code. Notice how simple this approach is compared to JAXB or other methods.

mondCloud Rapid EDI is a next-gen data mapping tool that can convert and translate EDI document to anyother format like JSON, XML, CSV, EDIFACT, X12 and all other EDI formats.‍

More often than not it requires a Sherlock Holmes to debug software problems....

In the world of software development, it becomes sodifficult many a times to analyse

Find out how mondCloud helped Shoppers Stop, one of the largest department stores in India, reduce partner on-boarding time by automation.